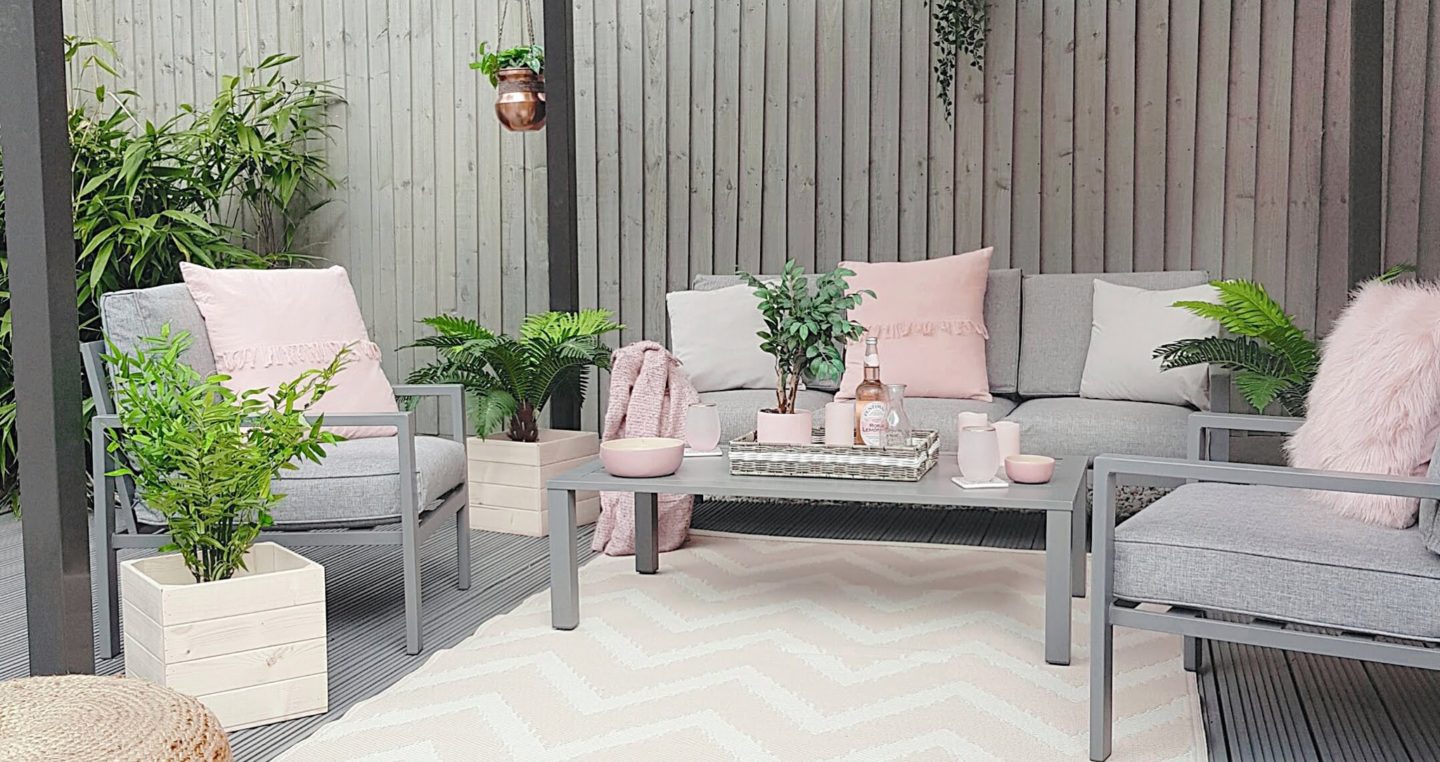 We finally got around to finishing our decking area last weekend! Praise Be! and after receiving so many lovely comments and questions about it I thought it may be helpful to write up a little blog post about the paint colours and products we used along with where everything is from, so here goes.

So lets start with the before:

This was how this end of the garden looked when we moved in. Although our house is a new build, the houses were built on an already established plot meaning that the garden had some established ‘planting’. Unfortunately none of this said ‘planting’ (apart from the bamboo, which we have kept) was exactly flourishing or attractive and so this area seemed such a waste of space, especially as this was the only area of the garden that still had sun in the evening when we got home from work. 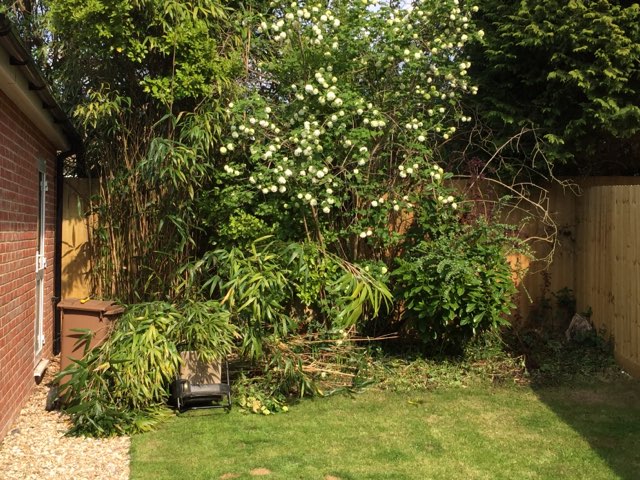 We dug this all up ourselves, (which believe me was no easy task – those roots were ridiculously huge and so deep! We even resorted to bribing the kids into helping) and were finally left with a bare area to start working with. 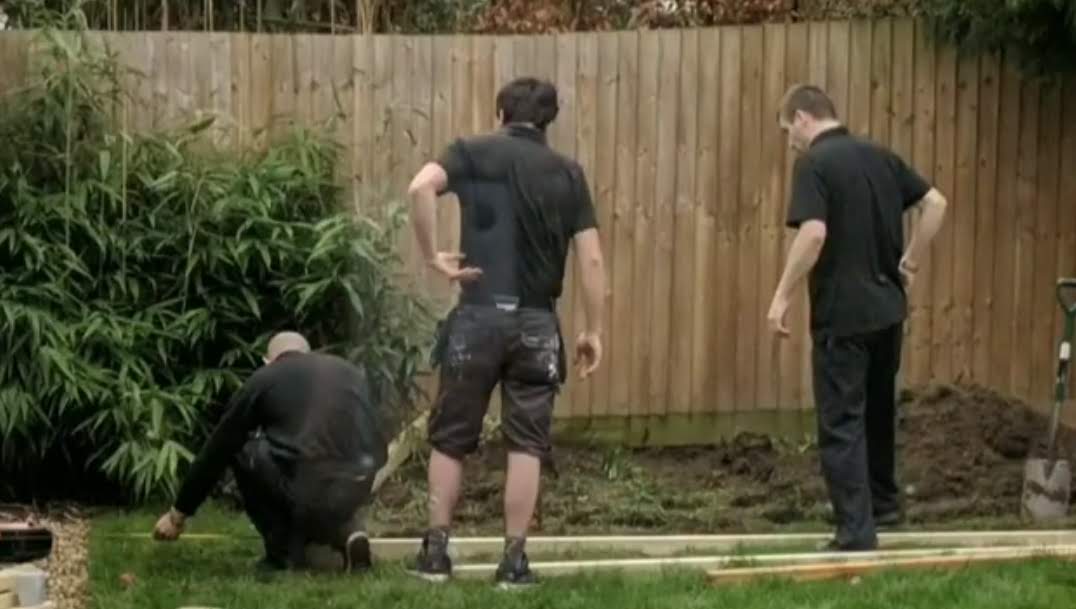 Turns out that the garden was a lot more uneven than we realised so there was also a fair old bit of digging up to do. Yeah, I left them to it on this bit!

Once all the digging had been done and the framework made the actual decking went down really quickly and by the end of the day we had this: 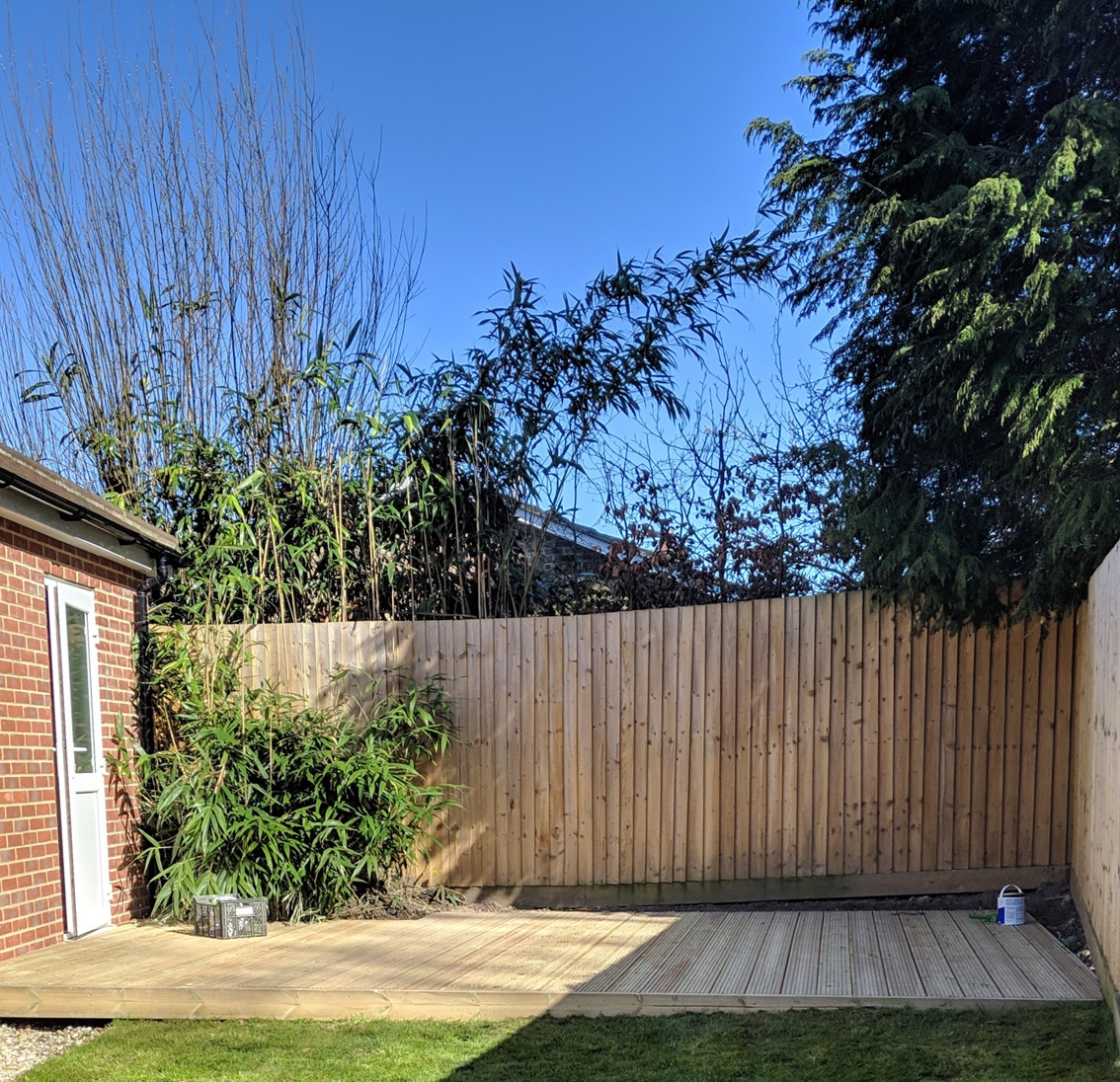 It was then time for the delightful task of staining the decking (turns out it actually wasn’t as bad as I imagined and only took a few hours). We decided to go for a grey stain and used Secrewfix’s own brand decking stain in Silver Birch which I have pasted a link to for you here.

My best advice is buy a paint pad especially designed for decking with a pole attachement (something like this) this will save you so much time compared to a brush and will also save the old back too!

Ta da! After a few hours work I had painted the whole decking area and it now looked like this: 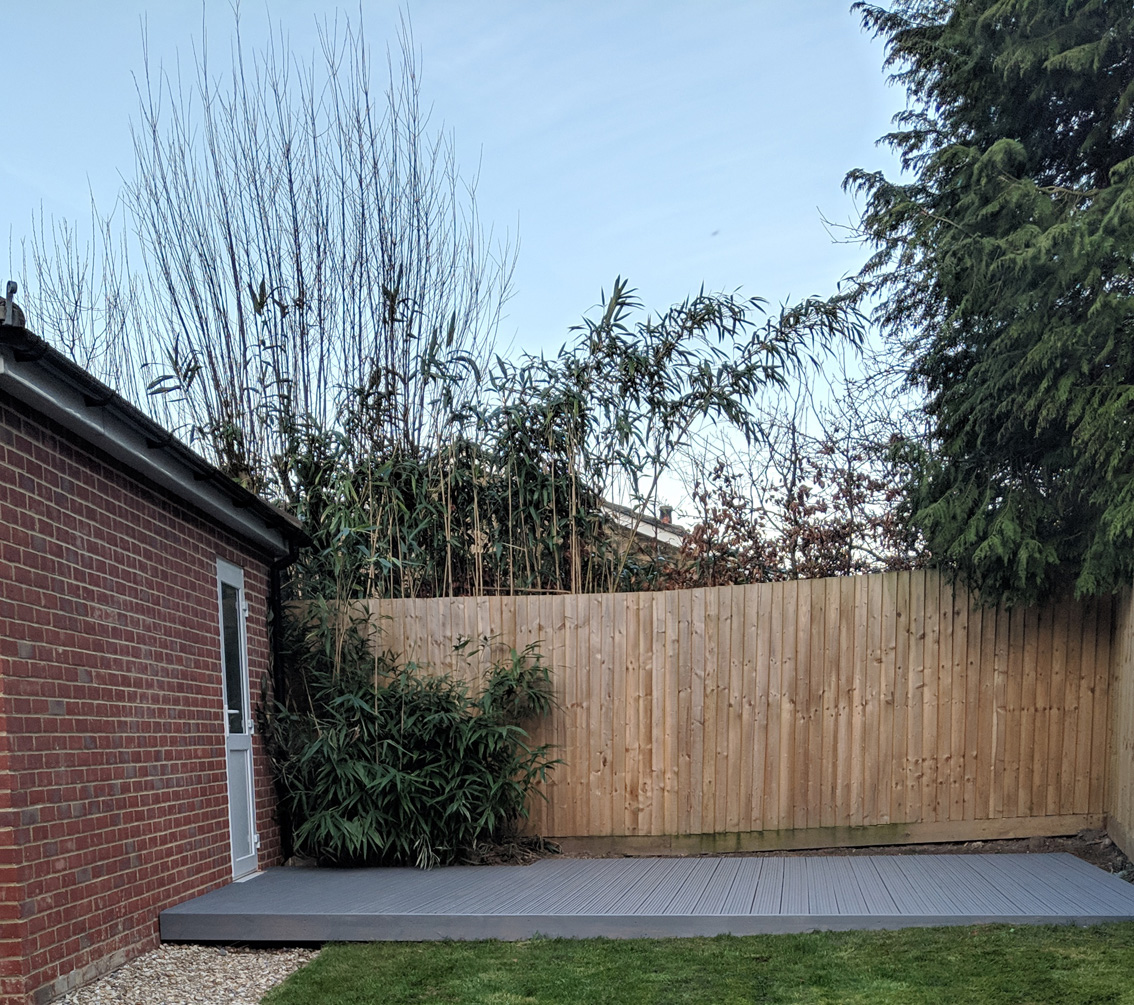 This size decking took 1 and a half, 5 litre cans and we just about got away with one coat, with just a few touch ups here and there.

Next up was the fencing. We knew we wouldn’t be able to paint all sides of the fencing due to some gaps, which would mean it would leak through to the neighbours side (might not make for the ‘Neighbours of the Year award). Although I did want to break it up a bit and add some interest, so I decided to make a feature wall ‘a thing’ in the garden (let’s just go with this being ‘a thing’). We used Ronseals Fence Life + in Slate Grey which I would personally say is a lot lighter than the image shown on the front of the can (but luckily was the colour I was aiming for).  This is just £12 for 5 litres so its a far cheaper option that some of the coloured garden paints available. Again, we only applied one coat as I quite like being able to see some of the grain of the wood coming through, but if you wanted a more opaque finish I would recommend two coats. It’s realtively quick and easy to apply and we used around 1/2 a tub.

We added some decorative gravel from B & Q to the edges to fill the gaps between the decking and fence (we still need to add a couple more bags of this, it never goes as far as you think it will) and then it was time for the fun part…choosing the furniture and styling it up!

We’ve had this gazebo patiently sitting in its box since I feel in love with it in Spring 2018 and it was killing me not being able to put it up until now. This was from Very and there’s a link to it right here

After A LOT of online and in store browsing and general ‘not being able to agree on a blooming thing’ of outdoor furniture sets, we finally decided on something completely different to originally planned and ended up choosing this set from B & Q. It’s called the Nymark and comes with two armchairs, a sofa, coffee table, cushions and scatter cushions and, as its aluminimum, hopefully it will mean minimal maintenance in the future.

The outdoor rug was from B & Q and only £25! and the artificial plants were from Ikea and Homesense. The festoon lights were from Iconic Lights and absolutely love the soft, cosy glow these give off in the evening. Add some scatter cushions, some cosy throws for the chillier evenings and voila! 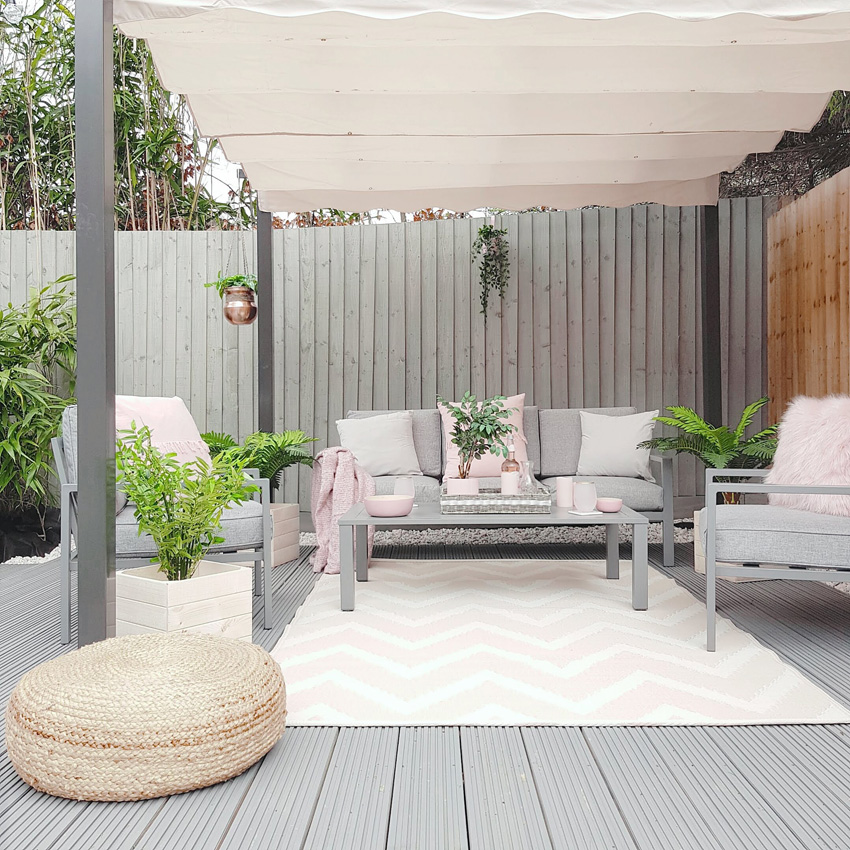 There’s still some finishing touches to add, I would like to add some kind of screening to the non painted fence area, a mini bar and maybe even a projector screen. Then it’s on to the other end of the garden to finish the second decking area – never ending lists eh!

Let me know what you think or any questions at all just ask away!